There are many benefits to having your automobile windows tinted. Window film can provide up to 99% U.V. Ray protection against the sun. Let us point out the advantages from having a high quality film applied to your vehicle:

1. What are the details and specifications of your film?

2. What's the legal limit in Georgia?

The legal limit in Ga. is 32% for cars. Trucks, vans, suv’s etc., have a different chassis, so the back of the vehicle can be as dark as you’d like, as long as the front two windows are 32%.

3. What if I want darker than the Georgia legal limit?

4. Does your film come with a warranty?

Absolutely! Film installed by The Three Tinters comes with a lifetime warranty against peeling, fading, cracking, bubbling, color change, and delaminating. We have never had a client return with purple or bubbling film, but if there are any problems, simply bring the vehicle back. We will take all necessary steps to ensure each and every client receives the top notch service that we promise.

5. My car gets very hot in the summer. Will darker film help with the heat?

It should be noted that a quality film has a lot of technology invested in it, but a cheap film does not. There are always fly by night companies that aren’t interested in doing quality work, and are only interested in making a quick buck. Just because you’re told that you have a warranty doesn’t mean that the company will honor it, or even be around when the film starts to fail; but a well established company built on trust, depend on you as a client returning because you’re satisfied with their work.

We have removed countless “$125” tint jobs from unsatisfied customers that were looking for a deal, and ended up paying more to have the film removed than they did to have it tinted in the first place. Just remember, you get what you pay for, so at least use a reputable company and avoid the possibility of a poor window tint installation.

Our Customer’s Satisfaction is our “ONLY” goal. 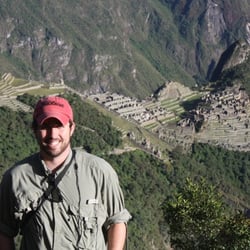 Best of them all!

I have had previous trucks tinted before but not nearly as well as Saeed and the guys at The Three Tinters.